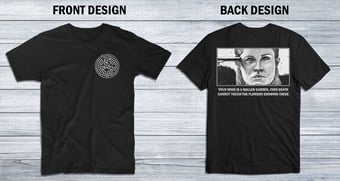 "Has Anyone Seen Aunt Clara?"

...was the question that Ruby asked her mother when returning to the large farmhouse after a day of apple picking. Clara, who was a bit odd, would spend entire afternoons costumed and in character prattling on about the big dance number and the producers she HAD to impress. Now in her seventies the woman hadn't performed anywhere since 1923. Yet still, she pranced on as much as her geriatric vessel allowed. Hopping through the air and twirling about, when suddenly she lost her balance and stumbled over a bird bath. Her hands stabbed forward to grab the basin but she was already miles away. Clara tumbled into the old well and conked her head off the hard stone on the way down.

A final performance that no one would ever forget, if only they had seen it.